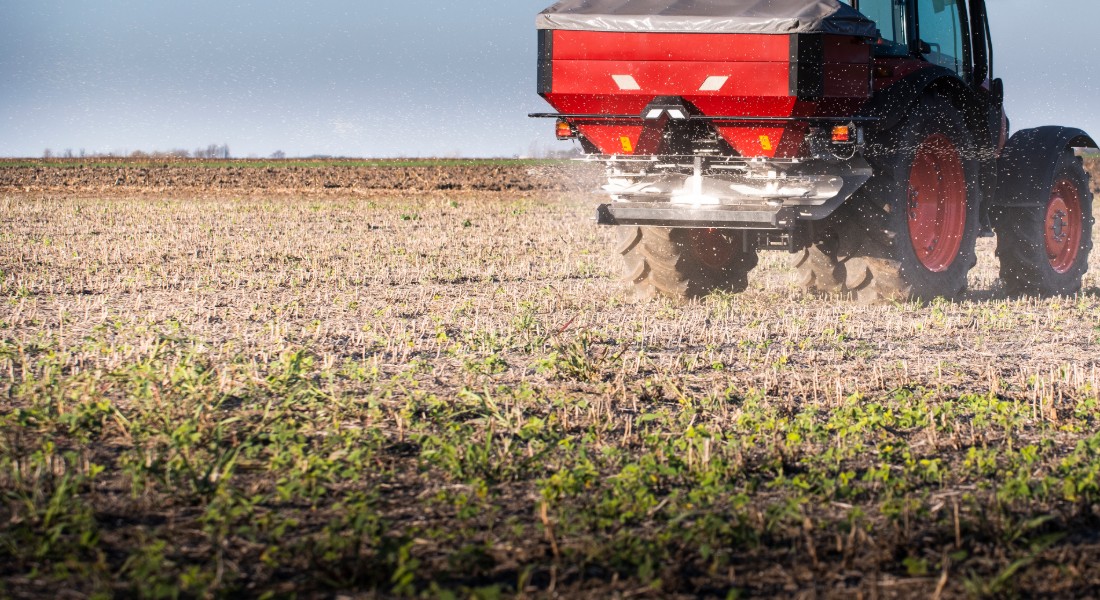 It is estimated that about 70 percent of phosphorus fertilizer used in Danish agriculture accumulates in soil, whereas only 30 percent of it reaches plants.

Quid pro quo—that’s how one might describe the "food community" that the majority of plants have with mycorrhizal fungi. Plants allow fungi to live among their roots, while feeding them fat and sugar. And in return, fungi use their far-reaching hypha (filamentous branches) to capture vital soil nutrients for plants, including the important mineral phosphorus.

Now, researchers at the University of Copenhagen’s Department of Plant and Environmental Sciences have discovered an extraordinary plant gene, the CLE53 gene, which regulates cooperation between fungi and plants. The gene is central to a mechanism that controls how receptive plants are to working with mycorrhizal fungi. Down the road, this newfound knowledge could serve to deliver better harvests and reduced fertiliser use.

"Similar genes are found in all plants—including agricultural crops. So, by mutating or turning off the CLE53 gene in a crop plant, it is more likely for a plant to become symbiotically involved with a fungus. In doing so, it becomes possible to reduce the need for phosphorus fertilizers, as plants improve at absorbing preexistent phosphorus from soil," explains Assistant Professor Thomas Christian de Bang of the Department of Plant and Environmental Sciences.

The research has been published in the Journal of Experimental Botany

Seventy percent of phosphorus fertilization does not reach plants

Phosphorus is vital for all plants. However, the problem with phosphorus use in agriculture is that more of it is applied for fertilisation than can be absorbed by crops. It is estimated that about 70 percent of phosphorus fertilizer used in Danish agriculture accumulates in soil, whereas only 30 percent of it reaches plants. With rain, there is an ever present risk that some of the accumulated phosphorus will be discharged into streams, lakes and the sea.

Paradoxically, researchers have observed that when phosphorus levels in soil are high, plants are less likely to collaborate with fungi, meaning that they become worse at absorbing nutrients.

"Through a range of experiments, we have demonstrated that a plant does not produce the CLE53 gene if it lacks phosphorus. However, when the phosphorus levels in a plant are high, or if the plant is already symbiotically involved with a fungus, then the level of CLE53 increases. Our study demonstrates that CLE53 has a negative effect on a plant's ability to enter into symbiosis with a fungus, and thereby absorb phosphorus most effectively," says Thomas Christian de Bang.

The genomic editing of plants is legal in a number of non-EU countries—e.g., China, the US, Switzerland and the UK. However, within the EU, there is no general acceptance of gene-editing methods, such as CRISPR, to alter plants and foodstuffs.

Therefore, the researchers' discovery has, for the time being, a poorer chance of being used in Denmark and the rest of the EU.

"One can use the technology in other parts of the world, and getting started would be relatively straightforward. My guess is that within five years, plants will be tested and refined in such a way that they become more symbiotically involved with fungi and absorb more phosphorus. Here in Denmark and throughout the EU, an acceptance is required for gene editing and an amended approach to approval procedures for these types of plants," says Thomas Christian de Bang.

Source from: University of Copenhagen